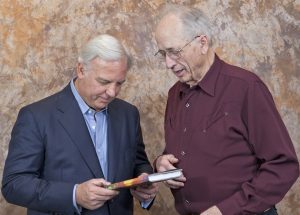 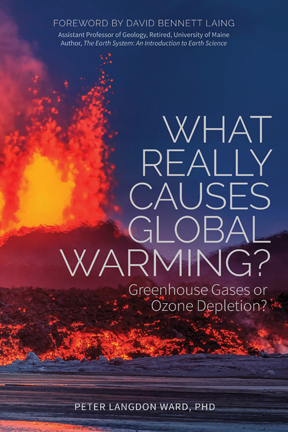 The ozone layer, 12 to 19 miles above Earth, protects life on Earth by absorbing harmful solar ultraviolet radiation. When the ozone layer is depleted, more ultraviolet-B radiation than usual reaches Earth, increasing our risk of sunburn and skin cancer and warming Earth.

In 2006, while retired, he discovered an enigma in climate science, something that just didn’t make sense. Realizing that understanding this problem could be very important, he put most other things aside to focus his efforts full time on trying to understand how volcanoes could both cool and warm climate, what radiation really is, and how the structure of Earth’s atmosphere and the temperature of Earth’s surface are determined by how much solar radiation is absorbed in the stratosphere.

Peter Ward has carefully reexamined each of the key assumptions made in developing greenhouse warming theory. With this well-documented and well-illustrated book, he invites you to join him on this fascinating quest.