Click here to check out why greenhouse-warming theory is physically impossible
DO YOU WONDER..
Who did the science reported on this website? 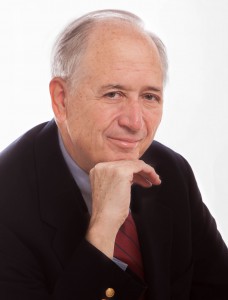 1965   BA   Dartmouth College in Geology with minor in Physics

1970   Ph.D. Columbia University in seismology with minors in geophysics, geomorphology, and structural geology

2001-2004    Chair, Board of Trustees, Partnership for Public Warning, improving public alert and notification of natural and manmade disasters.

1997-1998      Member, Subcommittee on Natural Disaster Reduction under CENR within OSTP.

1977-1998      Member, Working Group on Crisis Management, under Committee on Information and Communication within OSTP.

1996-1998      Leader, development of a Real-time Hazards Initiative that integrates hazards programs across all four divisions of the USGS. Provided briefings for Department of Interior leaders, Office of Management and Budget and others.

1990                 Conceived of, wrote, produced, raised $750,000 outside of the government, hired a public-relations firm, and involved more than 100 people in many different agencies in review of a magazine distributed in 41 newspapers and 3.3 million copies about earthquakes in northern California and what people can do about them. Printed in English, Spanish, Chinese, and Braille. Received Public Affairs Award of the Department of Interior, highest award of the National Association of Government Communicators, and was a Finalist for Federal Employee of the Year Award in 1991.

1984-1988      Member and USGS representative, advisory panel to the Department of Geoscience, University of California, Santa Barbara.

1977-1978      Coordinator, Earthquake Prediction Program. Between 1975 and 1978, led development of strategic plans for NEHRP, the National Earthquake Hazard Reduction Program, passed by congress in 1977. Guided program through a tripling of the budget. Briefed Secretary of Interior, the President’s Advisory Panel on Anticipated Advances in Science and Technology, and many others.

1975-1977      Chief, Branch of Seismology, which became Branch of Earthquake Mechanics and Prediction. Led group of 140 scientists and support staff.

1974-1975      Coordinator, Geothermal Research Program within the Branch of Seismology.

1973-1977      Leader, Working Group on Research on Earthquakes and Crustal Movements in Volcanic Regions, International Association of Volcanology and Chemistry of the Earth’s Interior.

1973-1978      Member, Committee on the Solid Earth, Pan American Institute of Geography and History, Commission on Geophysics.

1973-1975      Developer, Center for Seismic Studies in the Nicaraguan government. Found USAID and Nicaraguan funding and led training and installation of seismic networks.

Led Development of the following reports by the Partnership for Public Warning:

The Homeland Security Advisory System, a Report to the FBI, April 2002.

Improving the Effectiveness of the Homeland Security Advisory System, July 2002

A National Strategy for Integrated Public Warning Policy and Capability, May 2003.

Accessing And Originating Warnings From Consequence Management Tools, May 2003.

1981-2019      Owner and developer of Happiness Country Kennels, a dog and cat kennel currently boarding, on average, more than 50 animals per night.

Testified before the California Seismic Safety Commission, the Ad Hoc Panel on Housing Assistance in Earthquake Disaster Areas of the U.S. House Committee on Banking, Finance, and Urban Affairs, California Assembly Committee on Insurance, and the Association of Bay Area Governments.

Spent dozens of days explaining earthquakes at fairs and symposia.

Featured speaker at more than 50 dinners of professional, civic, and fraternal organizations.

Presented invited lectures at the Smithsonian Institution, Geological Society of Washington, dozens of universities, and at national and international meetings.

Creator and Chairman of the Great Issues in the Geosciences Lecture Series, Menlo Park, CA, 1989-1995.

1965-Present     American Association for the Advancement of Science

Ward, P. L., 2020, The Photochemistry of Gas Molecules in Earth’s Atmosphere Determines the Structure of the Atmosphere and the Average Temperature at Earth’s Surface: American Journal of Physical Chemistry, v. 9, no. 3, p. 62-85.

Ward, P. L., 1990, The Next Big Earthquake in the Bay Area May Come Sooner Than You Think.  Are You Prepared?, Magazine distributed in 2.4 million newspapers and 0.9 million copies distributed on request, 24 p.  In English, Spanish, Chinese, Braille, and Recordings for the Blind.

Ward, P. L., Harlow, D. H., and Gibbs, J. F., 1973, Location of the main fault that slipped during the Managua earthquake as determined from location of some aftershocks: in Conference on the Managua Earthquake, Proceedings,  Earthquake Engineering Research Institute., 1, p. 89‑96.