Click here to check out why greenhouse-warming theory is physically impossible
DO YOU WONDER..
Why scientists have such trouble facing scientific reality?

The closest thing to truth in science is a quality observation of Nature—a quality observation of what is actually physically happening in the world around us. Scientists strive to make these observations as precise, accurate, extensive, and complete as they can afford. Scientists choose what to observe based on their own interpretation of what they think is most important, given their skills and interests, and what they think is most important to their potential sources of funding.

The biggest problems arise when interpreting these observations. For any one observation, there are often several possible causes that seem reasonable—several of which may have been considered by the observer and some of which may never have occurred to the observer. Furthermore, what seems reasonable depends on other observations made by other scientists and, in this way, depends on the interpretations made by other scientists.

Scientists, based on their observations, propose ideas, theories, and equations concerning cause and effect. Discussion and debate over these ideas, theories, and equations eventually lead to overarching paradigms, such as greenhouse-warming theory, that seem to be supported by many observations and by the interpretations of many other scientists. The more clearly these ideas and theories fit into these bigger paradigms, the better these scientists can compete for funding and for publication. One essential aspect of science is to design experiments in the laboratory or in the field meant to clarify or test community interpretations of cause and effect and especially of developing paradigms.

This is a very rational way to fund and manage science that generally works well. Sometimes, however, a faulty paradigm can take hold and flourish, leading scientists down a blind alley until a few scientists, or more typically just one scientist suggests a new theory based on new observations and new insights that begins to explain all the observations far more clearly. Thomas Kuhn, a physicist and philosopher of science, argued in his very influential book The Structure of Scientific Revolutions, that “successive transition from one paradigm to another via revolution is the usual developmental pattern of mature science.”

As a paradigm becomes more widely accepted, there is not so subtle community pressure on scientists to conform—to form a consensus especially when some sort of community action may be required soon. It is much easier to agree than to disagree. But as Michael Crichton said at Caltech in 2003, “the greatest scientists in history are great precisely because they broke with the consensus. There is no such thing as consensus science. If it’s consensus, it isn’t science. If it’s science, it isn’t consensus. Period.”

Never before, in the history of science, has there been such a major international effort to form consensus behind a scientific paradigm—greenhouse-warming theory. In 1988, scientists, working through the World Meteorological Organization (WMO) and the United Nations Environment Programme (UNEP) led to the formation of the Intergovernmental Panel on Climate Change (IPCC) endorsed by the United Nations General Assembly. The IPCC produces reports that support the United Nations Framework Convention on Climate Change (UNFCCC), the main international treaty on climate change. The IPCC has involved thousands of scientists and hundreds of representatives of all governments writing, reviewing, and publishing tens of thousands of pages of reports summarizing published science in considerable detail and providing Executive Summaries for political leaders.

The IPCC was not formed to determine the cause of global warming. The IPCC was formed to demonstrate consensus behind greenhouse-warming theory, which many scientists in 1988 thought was the cause of the warming, in order to convince political leaders to take action to save the world from severe potential harm. This strategy paid off with the Paris Agreement in December 2015. Leaders from most countries are preparing to spend trillions of dollars each year to reduce greenhouse-gas emissions based on the scientific consensus that this is the only way to limit future, dangerous global warming. If greenhouse-warming theory were correct, their effort would be most appropriate and even heroic. Unfortunately, greenhouse-warming theory now appears to be physically impossible, and most scientists, immersed in this consensus, simply dismiss that possibility as ridiculous. They simply refuse to consider the evidence.

As one leading scientist said to me, “Peter, there is no way you could be right and all the rest of us are wrong!” As another leading scientist said to me, “Peter, if you are right, everything I have done in my life is wrong!” That is a high hurdle for any human to clear. As Max Planck, a father of modern physics, said, “a scientific truth does not triumph by convincing its opponents and making them see the light, but rather because its opponents eventually die, and a new generation grows up that is familiar with it.” But time is now of the essence. How much money will the world waste based on this mistaken science?

We all seek ways to rationalize whatever we are convinced is correct. The essence of human beings is not their ability to reason but their ability to rationalize because we rationalize to ourselves daily about why we should do this or that— why we should consider this or that. Recognizing that greenhouse-warming theory is not physically possible opens the doors to seeing a huge amount of well-intentioned rationalization in IPCC reports and many of the papers they cite. Is greenhouse-warming theory going to go down in history as the most expensive mistake ever made in science?

Reaching out to other scientists

Since 2006, I have worked full-time, tracking down all the assumptions made in greenhouse-warming theory. Since 2015, it has become clear that there are serious problems with this theory. More recently it has become obvious that greenhouse-warming theory simply is physically impossible. But the clearer the evidence, the less willing most scientists are to interact and the less chance that a paper will even be sent out for review by journal editors.

I have written many papers listed here together letters from journal editors refusing to even send them out for review.

I have given talks or posters at several major national meetings each year for more than a decade, talks and posters listed here.

I wrote the extensive, fully-referenced website Ozonedepletiontheory.info to provide the scientific detail for scientists who wanted to get more information. I then wrote the website WhyClimateChanges.com to help the non-specialist understand the issues. These websites, as of October 2018, have been averaging 15 users per day.

On November 12, 2015, I issued a $10,000 Challenge through the news media and by personal emails to more than 2000 scientists involved in writing or reviewing the IPCC Climate Change 2013 The Physical science Basis report offering “to give $10,000 (ten thousand dollars) of my children’s inheritance to the first person or team of people who can demonstrate through direct measurements in the laboratory and/or in the field that a 15% increase in carbon dioxide, such as that observed from 1970 to 1998, can actually cause more warming of Earth than caused by observed contemporaneous depletion of the ozone layer of up to 60%.” There have been no takers. No one has ever shown in the laboratory or in Nature that greenhouse-warming theory actually works. This is an unacceptable breach of the scientific method. How could greenhouse-warming theory become so important politically and economically worldwide without ever being shown by experiment to be physically possible? See JustProveCO2.com.

On April 18, 2016, I issued an urgent plea to fellow climate scientists by video and email to more than 2300 climate scientists, pointing out that “very serious cracks are opening in the foundation of greenhouse warming theory. It is very important that we resolve these issues right now. What if we spend trillions of dollars to reduce greenhouse-gas emissions and have no effect on climate? What happens to the reputation of science then?”

I am the only scientist I know who has rented a booth in the Exhibit Halls, now for four years at national meetings of the Geological Society of America, the American Geophysical Union, the American Meteorological Society, and the American Association of Petroleum Geologists to discuss climate science with scientists and to hand out brochures, papers, and other materials detailing problems with greenhouse-warming theory and evidence for ozone depletion theory throughout all of Earth history. I have interacted in this way with more than 6,000 scientists, only two of whom were yelling and screaming. I found a lot of curiosity and interest, although most of the leaders in climate science would not stop by. Here is a TV news story from December 13, 2016, at the AGU meeting in San Francisco.

I have done more than 130 radio interviews across North America.

I have written many personal emails to the president of the National Academy of Sciences, leaders in the scientific community, and leading scientists in climate change arguing that the scientific community needs to step up to the plate and evaluate new evidence showing that greenhouse-warming theory, which they have convinced world leaders to address, may be falling apart. A few have been polite, but they typically just cannot conceive of the possibility that I might be right.

I sent emails on November 26, 2017, to the three lead authors of the 2017 Climate Science Special Report explaining several fundamental problems. No thoughtful response.

I sent emails on October 3, 2018, to 15 national leaders in climate science or of major organizations endorsing the IPCC reports. No thoughtful response.

The unfortunate fact is that the greenhouse-warming theory freight train left the station long ago and is still gaining momentum at it heads for a monumental crash with scientific and political reality.

The only question is:

How much money and scientific goodwill will be wasted
before most climate scientists face up to reality?

It is now abundantly clear:

I can see no way around this conclusion.

This is not the time for scientists to bury their heads
in the sands of consensus. 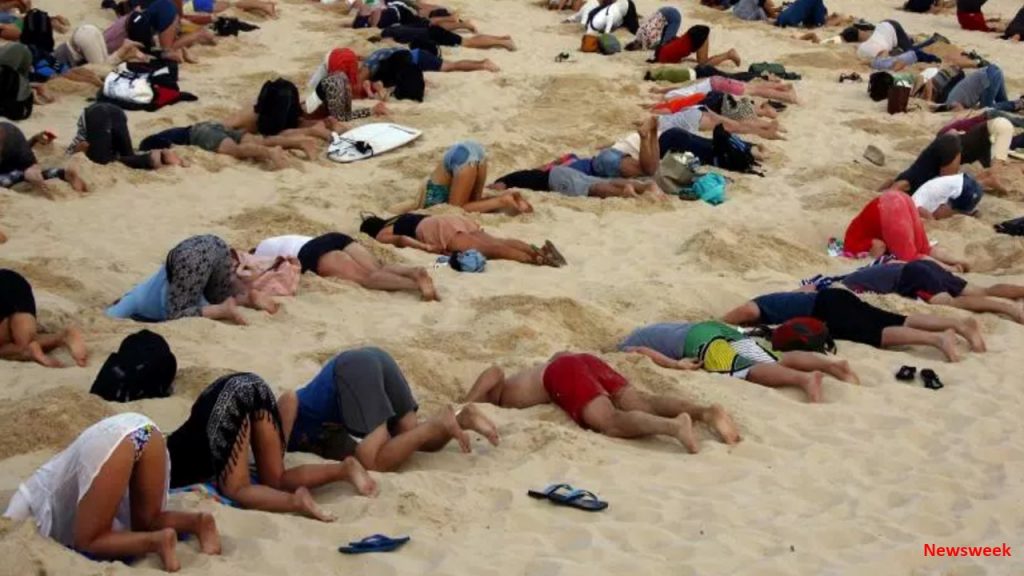