THE REALITY OF CLIMATE CHANGE

Former Government Scientist Discusses the Importance of The Scientific 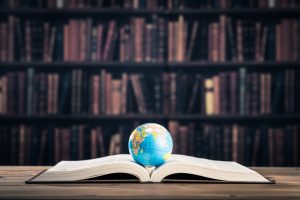 Social media and fake news have become propaganda tools used widely to manipulate public opinion and to push political agendas. Rapid growth in deliberate misinformation is becoming a major threat to democracy as we know it. Jeffersonian democracy is founded on the assumption that voters and their representatives in government are well informed about reality, agree on the facts of the issues, and, in this way, can then work effectively together to determine the most appropriate public policy.

“More than ever before, we need to utilize the scientific method to sort out fact from fiction…”

Today, fake news travels faster and further than ever. Platforms like Facebook and Twitter are used to influence an audience to believe a false reality in order to push a particular political agenda. Today political campaigns are more about getting your political base to go out and vote than they are about specific issues. The future of democracy depends on how much value we put on truth, on objective efforts to comprehend and react to reality. First, we need to come together to agree on objective evaluations of reality. Then we can debate the conservative and liberal approaches to deciding how to best deal with our mutually perceived reality.

Dr. Ward presented his research on the 2019 Crisis in Climate Science at the annual meeting of the American Association of Petroleum Geologists at the Henry B. Gonzalez Convention Center in San Antonio, Texas last week. Ward has always thought outside the box, and his outward thinking theory on climate change could change how humans approach this great debate.  About the AAPG

“The climate-change debate is rampant with deliberate misinformation,” Ward explains,“but even widespread “consensus among scientists, does not guarantee that we have our facts straight.”