OZONE DEPLETION: New Threats to You & The Planet

What It Means for You This Summer 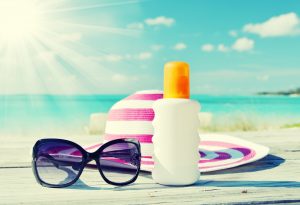 It seems as though everything from the 90’s is making a comeback… fashion, movies, fame, etc. But an unwanted sequel may be making its way back as well…

Ozone depletion has always been a global issue, but the long-term effect it has on health, particularly eye and skin health, is proving to be much worse than expected.
What does this mean for you?

Dr. Peter Ward of the US Geological Survey, retired

Dr. Ward is shedding light on the new research

and showing Americans how to protect themselves this summer.

Holes in the ozone layer have proven to have a dramatic effect on eye health.  By age 65, over 90% of people have a cataract and half of the people between the ages of 75 and 85 have lost some vision due to a cataract. New research shows ozone depletion may result in up to 830,000 additional cases of cataract by 2050 in the United States. (Source.) Exposure to more ultraviolet light can damage the lens in your eye significantly and now even young adults and kids need to protect themselves by wearing sunglasses.
More urgently, one in five Americans will develop skin cancer in the course of a lifetime and this number will only increase if we do not take the necessary precautions. Unique physical properties allow the ozone layer to act as our planet’s sunscreen, providing an invisible filter to help protect all life forms from the Sun’s damaging ultraviolet (UV) rays. Ozone depletion over the United States has increased more than 5% since 1970 and in some recent years has been as great as 9% allowing considerably more UV-B radiation to reach Earth’s surface, causing increases in skin cancers and cataracts.
To Learn More About the Science, visit https://ozonedepletiontheory.info/
Dr. Ward is strongly urging Americans to be safe as we move into the summer months: DON’T FORGET TO WEAR SUNGLASSES & SUNSCREEN!
IN AN INTERVIEW / ARTICLE, DR WARD CAN DISCUSS:
–Ozone Depletion: The Sequel – Why It’s More Dangerous Today
–New Threats to the Planet and Our Health
–How to Protect Yourself This Summer
–The Role of Volcanoes in Ozone Depletion
ABOUT DR. PETER L WARD: