Scientists Call for An Experiment 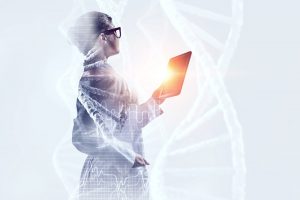 Climate change is real but an important experiment is missing that would shed new light on this global crisis.

New studies show volcanoes play a major role in heating the earth and many scientists are now debating just how much nature has to do with the rising temperatures.

But did you know there has never been an experiment proving what the main culprit of global warming is?!

Dr. Peter Ward of the US Geological Survey, retired

to get the facts.

Experiments are fundamental to the scientific method.

“Scientists have never demonstrated in an experiment how much air is warmed when concentrations of carbon dioxide gas are increased,” says Ward.
The only experiment reported in the scientific literature concerning greenhouse gases was done in 1900 by a physicist, Knut Ångström. He showed, in two different ways, that warming caused by increasing concentrations of carbon dioxide is minimal. Scientists need to carry out such experiments if they wish to defend greenhouse-warming theory.)

Dr. Ward believes such experiments are so unlikely to be successful, he is offering a $10,000 prize to the first scientist who can do such an experiment successfully.

“We need to be concerned about ozone depletion, not increasing concentrations of greenhouse gases,” says Ward.

Climate models overestimate the heat contained in infrared radiation and underestimate the heat contained in ultraviolet radiation. In other words, they overestimate the role of greenhouse gases and underestimate the role of ozone depletion. The mathematics, developed by Arrhenius 120 years ago, is based on a fundamental misunderstanding in physics concerning radiant energy. We now know that radiant energy is simply a function of frequency of oscillation of the bonds holding the radiating matter together, not a function of wave amplitude and bandwidth as currently calculated in climate models.
Ozone depletion remains at much higher levels now than in 1970. Therefore, ocean heat content will continue to rise and glaciers will continue to melt, but the major global warming predicted by climate models is highly unlikely.
These new scientific data and insights show that we should be able to move forward together burning fossil fuels minimally and safely, minimizing pollution, and meeting the rapidly increasing energy needs of a rapidly developing world. It also makes sense to work together developing renewable sources of energy because fossil fuels are unlikely to last more than a few generations and because renewable energy sources are beginning to make economic sense, especially in regions lacking major energy distribution infrastructure.

“We are in the midst of a global crisis & we need to know how to remedy it. Since an affordable experiment is possible…why isn’t it being done?”

To Learn More about the Science Behind It, visit https://ozonedepletiontheory.info/

–Why scientists are calling for an experiment