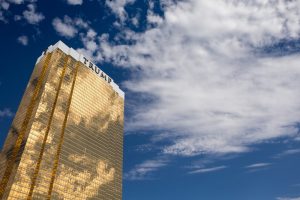 Despite 2017 being a year filled with critical events like The Paris Climate Accord, Clean Power Plan and the record-breaking heat, 85% of climate change news coverage was associated with the Trump administration’s actions and statements. Source

The amount of news stations that actually covered the real science of climate change associated with extreme weather events plummeted in 2017.

“This is a huge problem and we need to get back to the reality of the situation which is the science and effects of climate change on the overall population,” says climate scientist Dr. Peter L. Ward.

The networks gave vastly less coverage to the many ways that climate change affects people’s lives through its impacts on things like extreme weather, public health, and national security. This is a major oversight in a year when weather disasters killed hundreds of Americans, displaced hundreds of thousands more, and cost the economy in excess of $300 billion.

News networks need better climate reporting and shouldn’t rely so heavily on the Trump administration’s damaging actions in reporting on the subject.

Interview Dr. Peter Ward to understand what needs to happen in order to make justified change.

Geological Survey as research geophysicist, branch chief, and program manager. He helped develop and manage a major national research program, chaired a committee at the White House, testified before Congress, worked on a committee for Vice President Gore, published more than 50 scientific papers, and won two national awards for explaining science to the general public. He retired in 1998, working intensely for the past decade trying to resolve several enigmatic observations related to climate change.