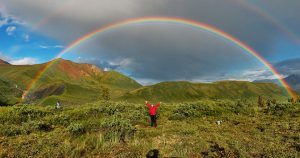 In 1865, James Clerk Maxwell wrote a series of mathematical equations that describe the interaction of electricity and magnetism with each other and with matter. These equations have proven invaluable for designing nearly everything electric and electronic that we depend on today.

Maxwell, however, assumed that his wave equations apply in air and space even though no one at the time nor since can conceive of how waves, a descriptor of the deformation of matter, can occur in space, where there is no matter. Numerous physicists searched for the “luminiferous aether,” some sort of material in space through which waves could travel, but none was found. In 1887, Michelson and Morley showed, to the satisfaction of most physicists at the time, that none can exist.

Yet physicists to this day hang on to the cherished notion that electromagnetic waves must exist in space in some as yet poorly understood manner because radiation in the immediate presence of matter is reflected, refracted, and interferes in a wave-like manner. This wave-like behavior, however, appears caused by the presence of the matter and more specifically the bonds that hold the matter together.

In 1905, Albert Einstein, based on the photoelectric effect, proposed that electromagnetic radiation travels as “light quanta,” as particles that ultimately become known as photons. The mathematical concept of photons and the mathematics of photons have become highly developed and are very useful, even though there are numerous reasons to wonder whether photons can physically exist.

Nikola Tesla, one of the inventors of induction motors and today’s alternating current electric supply system, is purported to have said in 1934, “Today’s scientists have substituted mathematics for experiments, and they wander off through equation after equation, and eventually build a structure which has no relation to reality.”

Modern quantum physics has become highly developed mathematically, but the first thing a student is taught about quantum mechanics is that it does not make physically intuitive sense, that is just the way it works at the quantum level, so get used to it, and don’t ask questions. Quantum mechanics has been developed to explain observations extremely well, but it does not make physically intuitive sense, something that really bothered both Albert Einstein and Max Planck, the two fathers of modern physics.

Stepping back and looking at electromagnetic radiation objectively, we see that it transmits thermal energy—heat. Infrared radiation makes you feel warm, visible radiation (light) has enough energy to power photosynthesis and to allow you to see, ultraviolet radiation can burn your skin, X-rays can burn up cancer cells, and nuclear radiation can incinerate you instantly. Thermal energy in matter is a broad spectrum of frequencies of oscillation of all the bonds that hold matter together. These frequencies are extremely high, trillions of cycles per second—that is a million, million cycles per second. These frequencies are so high, that you cannot perceive the motion, explaining why matter feels solid and also how matter can possess a temperature.

When you heat matter, the amplitudes of these oscillations increase. These oscillations, on the surface of matter, induce, through the motion of charge, an electric field that induces a magnetic field that induces an electric field and so on, forming electromagnetic radiation. When this radiation is absorbed by matter, it increases the amplitudes of oscillation in the absorbing matter, making it warmer.

Radiation is a broad spectrum of frequencies, described by Planck’s law, that we observe most clearly, for visible light, in a rainbow. The mathematics of electromagnetic radiation travelling through air and space as frequencies via resonance, just like the signal from your favorite radio station, makes physically intuitive sense. It is both excellent mathematics and excellent physics.